Kofu Minami High School has been designated as a Super Science High School (SSH) by the Ministry of Education, Culture, Sports, Science, and Technology (MEXT) since 2004, and is entering its fourth iteration from 2017 onwards. The goal of SSH is to foster a mind for science and mathematics that looks to enrich the future of the world. We aim to further extend our students’ personalities and abilities and prepare them to interact with likeminded individuals all over the world as science leaders. Our activities include: 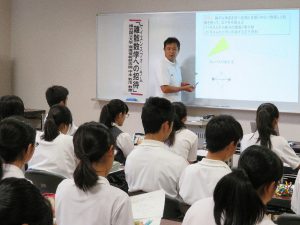 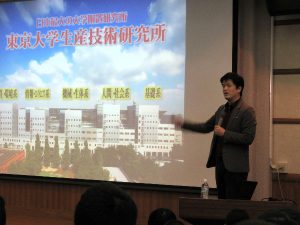 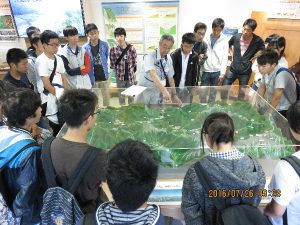 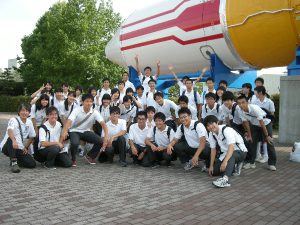 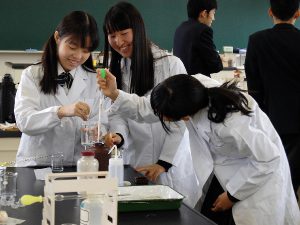 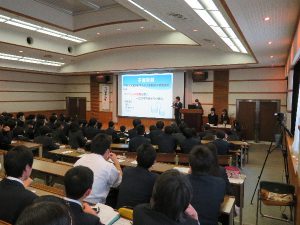 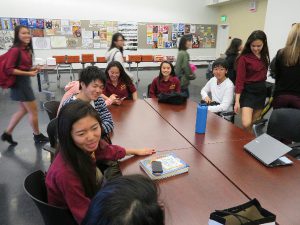 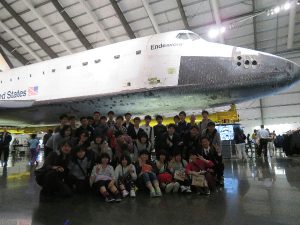 Since the designation in the second term, we are working on SSH for all students. We will foster as many students in science, as well as cultivate views and perspectives of scientific things needed in society and presentation abilities and expressive abilities in English.

The theme of SSH of our school is “aiming to train science leaders with frontier spirit”. We are preparing programs to nurture talents with international senses, including study tours to the USA, opening science English class to express thoughts and opinions in English.

Establish a variety of school subjects

We have our own school subjects. In the first grade “Frontier Exploration Ⅰ”, second grad “Super Science Ⅱ ·Exploration “, both classes raise interests and curiosity in science through out-of-school training and lecture meetings and cultivates the practical ability of natural science by addressing task research. We also offer “SS courses” such as “SS mathematics” and “SS physics”, including advanced contents. Furthermore, even in ordinary subjects, teachers of each subject at our school will do classes on the theme of “science” in “the world of science”. 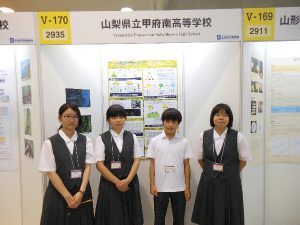 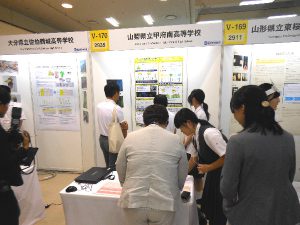 Mechanisms of Interspecific Incompatibility within Brassicaceae

Brassicaceae have evolved interspecific incompatibility that prevent hybridization between different species and thus maintain the identity of each species. Many stigmas of various Brassicaceae species were pollinated with reciprocal pollen to reveal the mechanism of recognition and pollen inhibition pathway.

Little is known about interspecific incompatibility, preventing the fusion of gametes from different species. It is necessary to observe pollen tube growth in intra and interspecific pollination within Brassicaceae in order to elucidate the mechanism of recognition and the pollen inhibition pathway.

We cultivated more than 100 plants of 17species within Brassicaceae. More than 1500 stigmas were pollinated in reciprocal crosses. We observed pollen tube growth by fluorescent microscope.

We also observed pollination between various Brassica species and the self-compatible Brassica rapa cultiver ‘Yellow sarson(YS)’. YS stigma was compatible with many species.

Pollinations between the two species possessing same ancestral genomes were compatible, while unrelated genomes were incompatible. We concluded that the Brassica stigma recognizes some key molecules of homogeneous pollen while in heterogeneous pollen, the lack of recognition resulted in rejection of the pollen. If key molecules of the pollen meet the stigma receptor of the same species, the pollen tube can be elongated.

B. rapa cultivar YS is self-compatible because of non-functional alleles of the M-locu protein kinase(MLPK) gene(6). Interspecific compatibility of YS implied the possibility of involvement of the MLPK protein in interspecific incompatibility reactions.